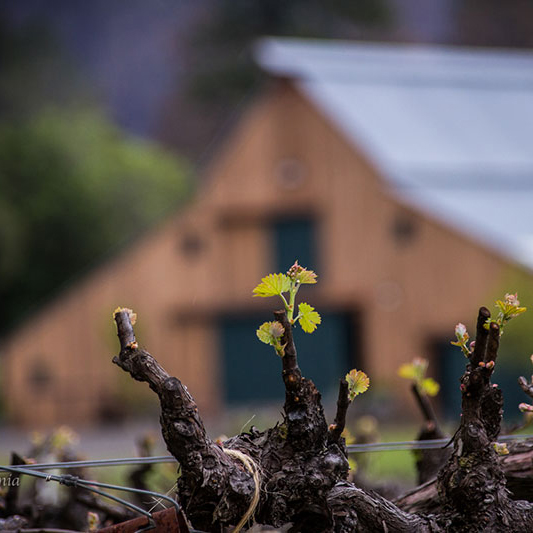 In the mid 1800’s, this land was planted in Zinfandel and was one of the earliest plantings of wine grapes in Sonoma Valley. A later planting of mixed black varieties (Durell clone Zinfandel, Palomino and Sylvaner) was on the land before the current 1990 planting.

The current vineyard is Cabernet Sauvignon (K-7 clone, grafted on 5-C rootstock). The trellis system is Geneva Double Curtain (“G.D.C.”), developed at Cornell University–this allows open space in the middle for better sunlight and air flow. We grow a seasonal cover crop of California native perennial grasses mixed with legumes to incorporate nitrogen into the soil. Surrounding the ranch are scattered plantings of walnuts, persimmons, olives and more, in addition to a flourishing native fringe habitat.

Grape Quality Program
To ensure the highest quality of wine made from our grapes and in order to sustain the soil, we began a program in 1994 aimed at diversifying both the above- and below-ground vineyard environment. We are practicing a style of vineyard management that integrates biological processes into the vineyard’s pest management and fertilization needs. We believe that encouraging diverse populations of plants and animals (polyculture) has advantages compared to herbicide, insecticide and clean cultivation (monoculture) practices. These advantages include biological insect and pathogen control, soil structure improvement and superior vine nutrition. Cultural practices that have reduced herbicide reliance and acted to prevent soil erosion, in addition to the use of fertilizing materials that feed both the vine and the soil, are central features of our program.

We believe the highest degree of wine duality is found from grapes with the greatest degree of vine and soil health. The Atwood Ranch Vineyard cultural practices are designed to develop optimum biological diversification and biological integration in order to preserve soil health and sustain quality vine growth. 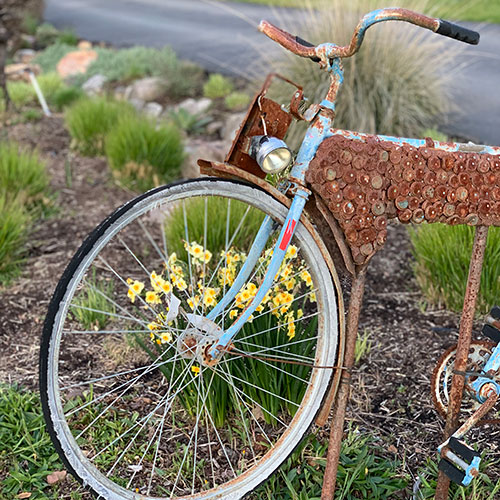 The Atwood Ranch vineyard is located in Sonoma Valley on the east side of Calabazas Creek and to the north of State Highway 12, about 8.5 miles north of Sonoma, in Glen Ellen. The vineyard is in the Sonoma Creek watershed.

Sonoma Valley’s boundaries are formed by Sonoma Mountain along the west side and by Mount Veeder (Mayacamas range) on the east. The north end of the valley, where the vineyard lies, is called the Valley of the Moon.

The vineyard lies along the floor of Sonoma Valley and on the lower slopes of the ridges that border it to the north. Elevations range between about 550 to 550 feet above sea level. Soil cover masks most of the bedrock and its details, but there are enough outcrops to give a rough picture of the-geologic situation.

Geology
Within several hundred feet of the surface, there are only two different geologic units that from younger to older are the Glen Ellen Formation and the Sonoma Volcanics. These units differ with respect to age, origin, rock types, thickness, lateral extent, structure, and water-bearing characteristics.

The Glen Ellen Formation is a group of moderately consolidated sediments of stream and lake origin that formed from about one to three million years ago. The sediments comprise gravel, sand, clay and some volcanic ash. This unit underlies the southwest portion of the property and is of greater thickness to the southwest.

Underlying the Glen Ellen Formation is the Tertiary-age Sonoma Volcanics, which is a group of lava flows, beds of tuff (volcanic ash), and some sediments that formed on an old land surface from about three to ten million years ago. This unit covers much of eastern Sonoma and western Napa counties. Its thickness under the vineyard could be several hundred feet. Both formations have been folded and faulted to at least some extent.

Soils that have profiles almost alike makeup a soil series. Except for the different texture in the surface layer, all the soils of one series have major horizons that are similar in thickness, arrangement, and other important characteristics. 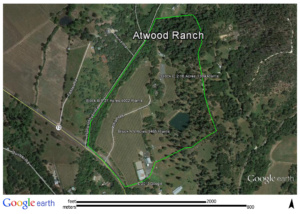 Previous Buyers
In the years since our first harvest (which went to Kenwood Winery), we are proud to have Atwood Ranch fruit purchased by these fine wineries and vintners: